Kate collaborated with second year animation students from De Montfort University for many years. Their brief was to create animated interpretations of her poems. Kate was recorded reading the poems as a starting point for the projects and a time line for the student’s work.

The first animation Nighthawks is based on a poem that Kate wrote especially for that year’s student project. Inspired by the painting of the same name by iconic American artist Edward Hopper. It was painted in the 1940’s and depicts a typical American Diner of the period and its customers in the early hours of the morning.

The students were asked to interpret and portray Kate’s imagined scenario. The final narration used by the students is provided by a voice artist as it was considered that a male voice was more appropriate to the piece.

The other animations show a wide ranging stylistic approach to the challenge of the brief including an innovative video performance piece created for the poem ‘Echopraxia’. 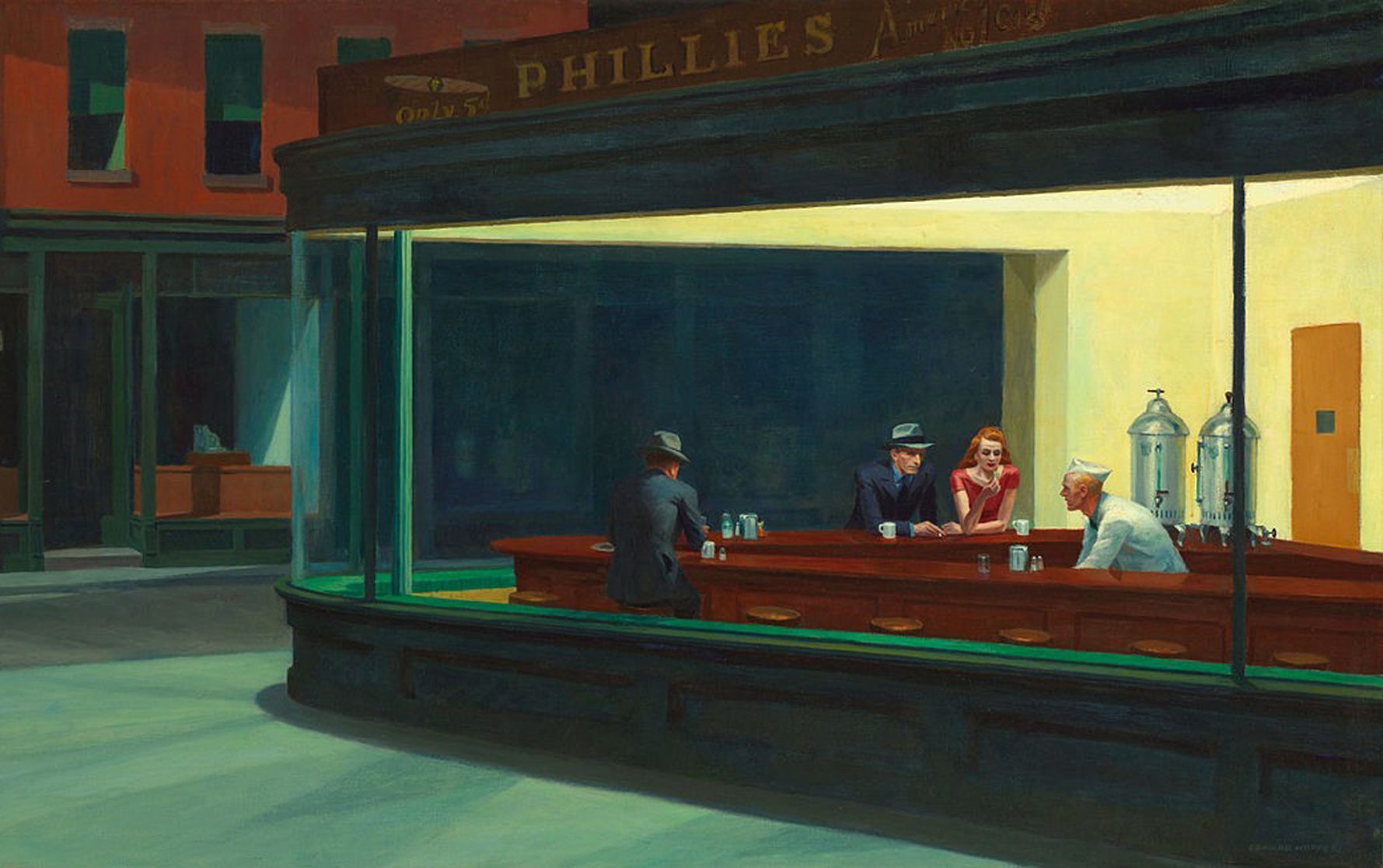